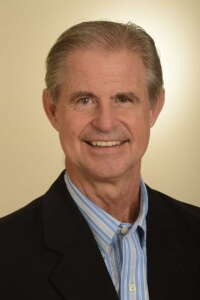 Rev. Dwight Stevens was Senior Pastor and Founder of The Paramount Church.  He was ordained in 1991 and received a Doctorate Degree in Theology.

He was called into the full time ministry in 1992 after 15 years of private practice of Dermatology with The Palm Beach Medical Group in West Palm Beach from 1977 to 1992. He received his education at Washington institution in St. Louis, Missouri institution Medical School and Internship & Residency at New York  institution.

Upon retiring from the private practice of medicine, Dr. Stevens offered his medical services to the State of Florida and attended a weekly public health clinic from 1992 to 2003 in Palm Beach County. He is also President of Missions of Mercy Inc, an international non-profit 50lc3 outreach to the poor, making 29 overseas mission trips since 1989, bringing assistance to lesser advantaged people through medical teams, construction teams, orphanage assistance and educational projects and ministry teams.

This international outreach has been with short-term mission teams traveling to South America, Central America and The Caribbean. Having assisted in the building of a medical clinic in Riobamba, in the Andes Mountains of Ecuador, South America, his vision is to build a hospital in Riobamba for the impoverished indigenous Quechuan Indians.