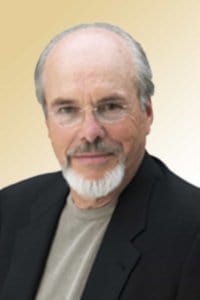 G. Thomas Sharp has achieved national and international recognition as a Christian educator, religious leader, businessman and author. He is the founder and chairman of The Creation Truth Foundation (CTF) Inc., and founder of the Institute of Biblical Worldview Studies (IBWS), both in Noble, Oklahoma and co-founder & Director of the Museum of Earth History in Dallas, TX on the campus of Christ For The Nations International. Doctor Sharp serves as the Editor In Chief for the Truth In Science curriculum, a Bible based science curriculum.

Since the 1960’s, Dr. Sharp has dedicated his life to understanding and penetrating key problems facing the modern Christian society. As a result of the efforts in his research, he founded Creation Truth Foundation, Inc. in 1989. He now speaks internationally at churches, schools, universities and conventions. He has been a science educator since 1964, and has earned a Bachelor of Science degree from Purdue University, a masters of Science at the University of Oklahoma, and a Ph.D. from the South Florida Bible College and Seminary with an emphasis in the philosophy of religion and science. Dr. Sharp is a father of four children and grand father to ten grand children. He and his wife Diane reside in Oklahoma.