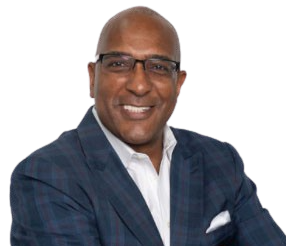 Apostle Billy Thompson is the Founder and Senior Pastor of Jesus People Proclaim International Church (JPPIC) for over 15 years, now residing in Deerfield Beach, Fl. He is a profound revelator, teacher, and encourager whose heart is Kingdom-minded to see believers fulfill God’s purpose in life, and Proclaim God’s life changing power through the love of Jesus Christ. This understanding is what propels him as he travels locally and internationally, ministering a word of hope, healing, and deliverance through Apostolic/Prophetic revelation. JPPIC has a diverse and progressively growing membership where he and his wife, Cynthia Thompson, serve the communities that encompass Palm Beach, Broward and Miami-Dade.

Most commonly known worldwide as one of only four players in Basketball History to win a NCAA Championship and a NBA Championship in consecutive years. As Louisville Cardinal (1986) and with the Los Angeles Lakers (1987, 1988). He concluded his NBA career as a member of the Miami Heat Inaugural team in 1989 and later playing in Europe settling in Israel playing for Hapoel Jerusalem 1992-1997 obtaining two State Cup Champion titles. Till this day, Billy Thompson is revered and loved as one of the top elite players of all time to play for Israel.

Immense in gifting his passion for people and his love for God, this has propelled him into full time ministry. After serving for 5 years as assistant Pastor under the tutelage the late Bishop Isaiah Williams Jr. Founder of Jesus People Ministries International Church. On February 18th, 2001, he was sent out along with his wife to inaugurate Jesus People Proclaim International Church.