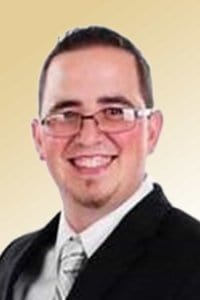 Steve Carleo graduated from the University of Miami with his BS and MS in Biomedical Engineering in 2004. He also answered God’s call into the ministry and completed his MDiv with Liberty University in 2012. In his secular career, Steve has worked for various medical device companies (e.g., Johnson & Johnson) as a Product Development Engineer. Throughout his career, Steve has amassed several patents / patent applications and has contributed to several technical publications. In ministry, he has served as an Associate Pastor and Youth Minister in various church denominations.

Steve is married, a father of three (soon to be four) and enjoys parenting, reading, traveling, and is a bona fide technology geek. An interesting fact is that each of his children have been born in a different state (thanks to the dynamic nature of the engineering field).