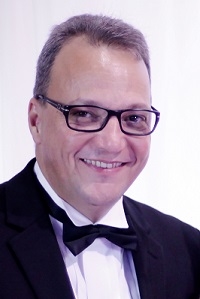 Pastor Pedro Corra was born and raised in a Christian household in Brazil. In 1979 he was baptized in the waters and became a member of the body of Christ. Since he accepted Jesus as Lord and savior, he has dedicated his life to serve and help others find peace in their path.

In 2005, he became an ordained minister in the Baptist denomination. In 2008, he founded Lifepoint Church, along with his wife Sandra Corra, in Boca Raton. In the beginning, there were merely three families. Today there are hundreds of members at Lifepoint Church being reached by the Gospel.

As founder and lead pastor, he has helped Lifepoint Church grow into a relevant ministry. He holds a Bachelor in Law from UNESC, Brazil. From 2015-2016, he was the president of the Brazilian Pastors Association of South Florida (APEB), the largest Brazilian Pastors Association in the United States. Pastor Pedro helps to cultivate a network of Brazilian leaders in the Christian community.

Pastor Pedro has been married to his lovely wife, Sandra Corra, for 27 years and they currently reside in Coral Springs, FL. They have two daughters, Betânia and Ana Beatriz, a son-in-law, Junior, and a beautiful granddaughter Bella Alice.