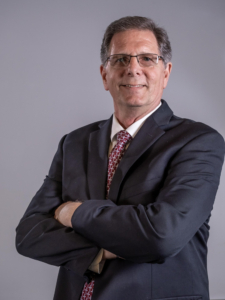 Dr. Thomas Drabik, Jr is an Ordained Minister and has been involved in ministry since 1983. He has served in various capacities in the local church including Youth Ministry, Deacon, Elder, Team Minister, Minister of Helps as well as other positions. He has been a member of the Deerfield Beach Chamber of Commerce, American Chamber of Christians in Business, and has co-chaired numerous events at SFBC&TS, honoring such guests as former Governor Jeb Bush, Lt. Governor Frank Brogan, Senator John Ostalkiewicz, Matt Staver, and others. He also served as an occasional host for South Florida Bible College & Theological Seminary’s “Illuminations in the Word” weekly television program.

Tom and his wife Mary are members of Solid Rock Christian Church in Boca Raton, Florida. The Drabiks have been married since 1983 and have two sons who are married and two beautiful granddaughters.