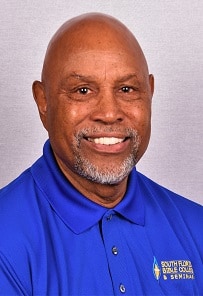 Coach Mike Jarvis was born on April 11, 1945 in Cambridge, Massachusetts.
In 1968 he earned his undergraduate degree in Physical Education from Northeastern University in Boston, Massachusetts.
In 1984 he received a Master of Education degree from Boston University.
In 2014 Coach Jarvis was awarded an Honorary Doctorate of Divinity in Leadership & Ministry from the South Florida Bible College and Theological Seminary

After graduating from Northeastern University in 1968 Mike returned to his alma mater, the Rindge Technical High School in Cambridge , Massachusetts and began his professional career as a teach Physical Education and coach. Seventeen years later (1985) Mike began his collegiate head coaching career at Boston University.

In 25 years as a Division I head coach he guided Boston University, George Washington University, St. John’s , and Florida Atlantic to 14 post season tournaments and is the only coach in basketball history to win 100+ games as a high school coach and 100+ games at three different universities.

In the summer of 1993 Coach Jarvis led the USA 22 and under team to the World Championship in Spain.

In 1997 Coach Jarvis served as the President of the National Association of Basketball Coaches and currently serves on the NABC Foundation Board.

In 1998 Coach Jarvis was named ‘National Coach of the Year ‘by the Black Coaches Association and that same year he would be named ‘Father of the Year’ by Ebony Magazine.

In 2003 Coach Mike Jarvis wrote his first book ‘Skills for Life’ .
In 2014 he wrote and published his second book
“Everybody Needs a Head Coach”.
In 2018 Mike wrote his third Book”TheSeven C’s Of Leadership”.

On September 9, 2017 Mike and Connie celebrated their 50th Wedding Anniversary. God has Blessed them with a son(Michael),daughter(Dana), and five grandchildren and they currently reside in Boynton Beach, Florida.

Coach Jarvis is currently working as a Special Assistant to the President of the South Florida Bible College and serving as an Adjunct Professor.