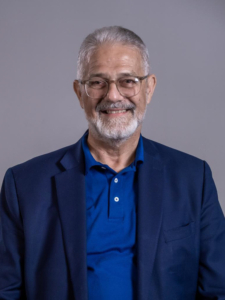 Bruce Wagner M.Div. is a native born citizen of the USA. He graduated with a Master’s in Divinity (1980) from Luther Rice Seminary with a major in Christian Education and a Master’s of Science in Library and Information Studies from Florida State University with a major in Library Studies. He has taught at South Florida Bible College & Theological Seminary (SFBC&TS) since 2010, and currently acts as an Adjunct Professor in the Department of Christian Education.

In addition to his four M.Div. Degree Completion Papers, Bruce has been a workshop Presenter at the FACCS Educator’s Convention, and has conducted local Christian teacher professional development workshops. Bruce is currently certified in five areas as a Professional Educator with the State of Florida Department of Education; and certified as an All Level Teacher in six areas with the Florida Association of Christian Bible Colleges and Schools. Bruce holds membership in the United Teachers of Dade and Phi Eta Sigma National Honor Society. He has been listed in Who’s Who Among America’s Teachers, Empire Who’s Who, and the Marquis Who’s Who in American Education.

In addition to being a member, guitar singer, AWANA Leader, and lay preacher for his local church, Prof Bruce has been and continues to be actively involved with Word of Life Fellowship, a worldwide youth ministry of camps, clubs and Bible Institutes. Bruce is married to Margaret and they have five children and seven grandchildren. He likes to spend time with his family, read, teach, and spend time on the beach.