Ranked in the Top Ten 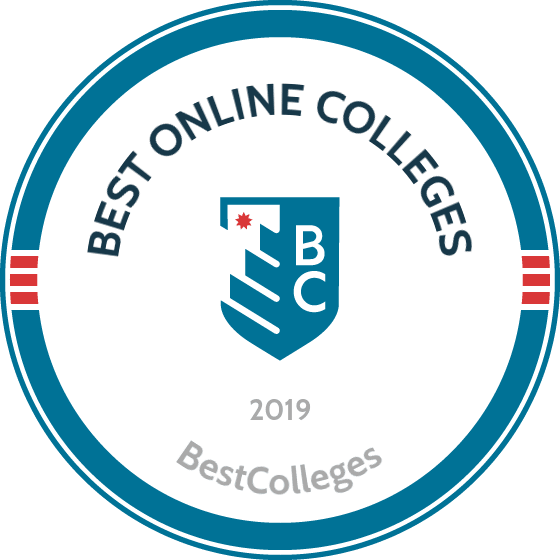 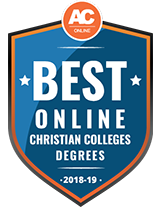 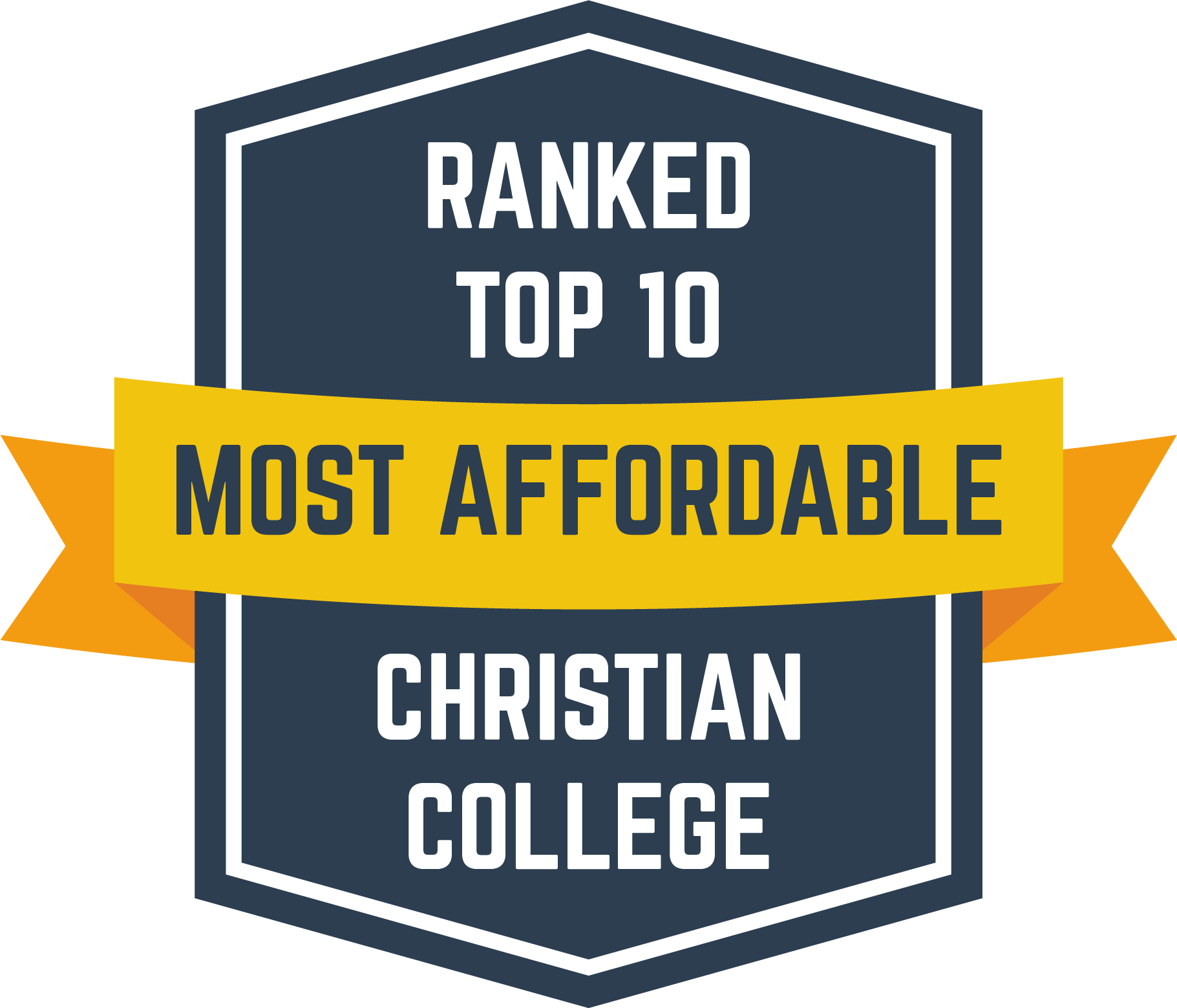 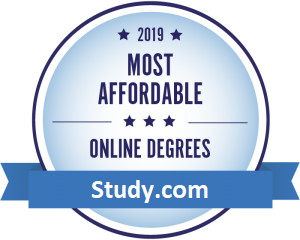 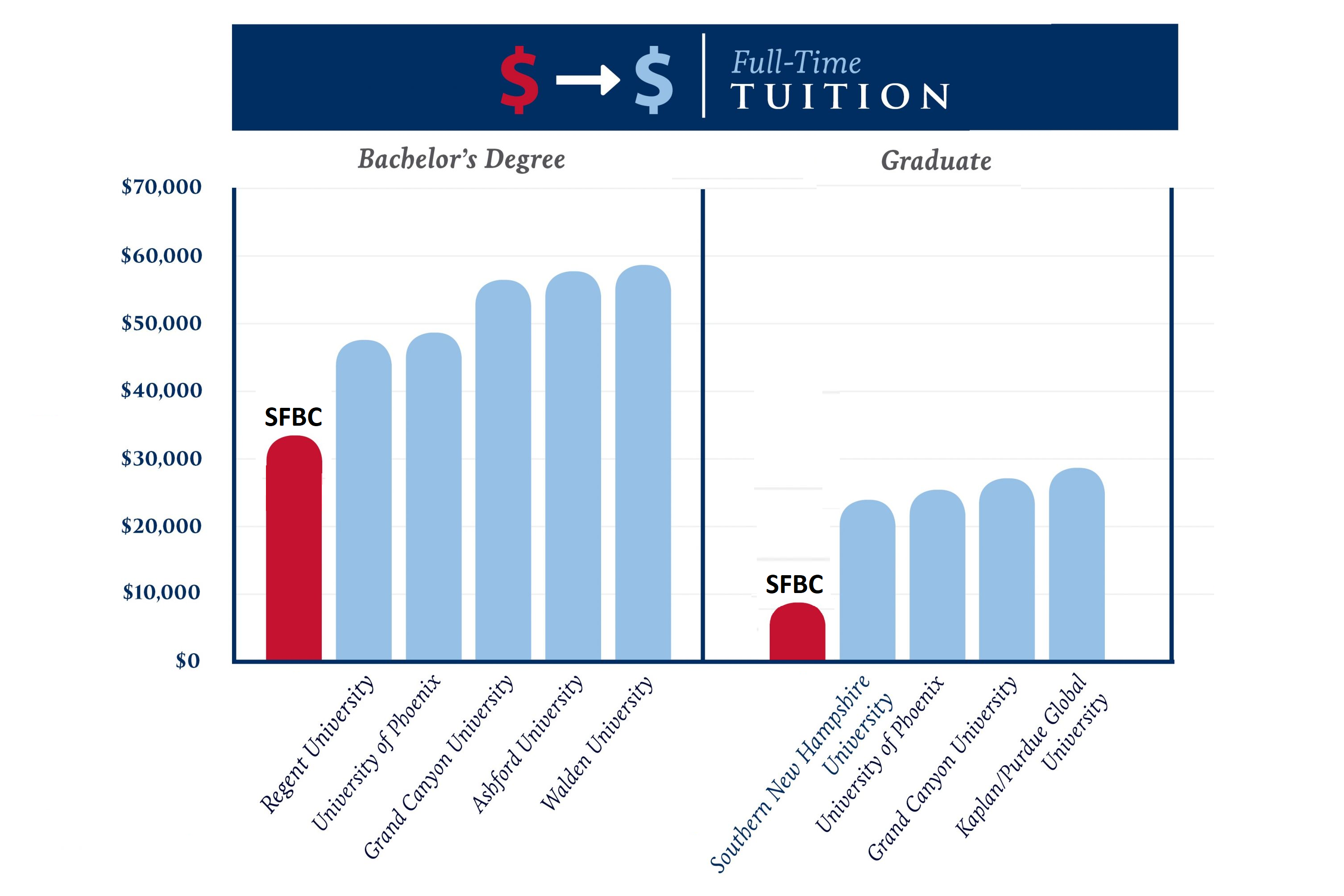 Experience that Matters to You: 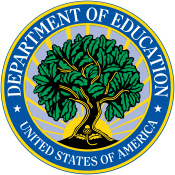 The Lord has richly blessed our efforts through the years. In 2015, SFBC celebrated its 30th year in the Lord’s service.

SFBC provides a theological education where Biblical standards of Christian faith and life are established and maintained. This is accomplished through quality instruction, the study of theological concepts, cultivation of a spiritual life, and performance of Christian service. These are true “works of service through which the body of Christ may be edified.” 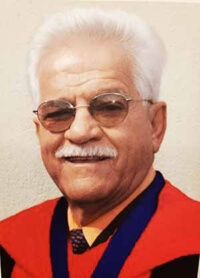 Dr. Joseph Guadagnino, FounderChancellor
South Florida Bible College & Theological Seminary was established in 1985, by its founder, Dr. Joseph Guadagnino. Dr. Guadagnino wanted to provide a non-denominational institution of higher learning where men and women could fulfill the call of God upon their lives. SFBC began as a Bible Institute in 1985, evolving into a Bible College and Seminary in 1988. The first graduating class was in June 1990, with eighty (80) graduates. Dr. Guadagnino, having been in the ministry for over 25 years, brought great insight and knowledge in how to run a successful ministry. 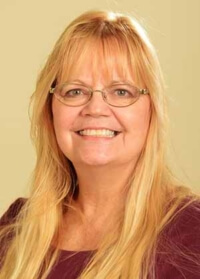 Dr. Mary Drabik has been at South Florida Bible College & Theological Seminary since 1989. Her early tenure at SFBC&TS began as a Registrar and in 1989, was
promoted to Dean of Admissions. In 2006, she was promoted to Provost of South Florida Bible College & Theological Seminary, in 2013 became the Senior Vice President, and in 2016 she was inaugurated as the Institutions 2nd President.

Mary has been the driving force for the college and seminary’s public relations programs. She has been involved with the Deerfield Beach Chamber of Commerce and served as a member of the Education Committee from 1996 to 2002. She was voted onto the board of the American Chamber of Christians in Business, and chaired the Education Committee, Membership Committee, and the Speakers Bureau, which she held from 1999 to 2005.

Mary also served as the Chairwoman for Congressman Col. Allen West’s Faith Based Coalition for both the 2008 and 2010 campaigns. Mary has been a committee member with the Christians in Action Trade Show and held the position of Seminar Coordinator in 2004. She has appeared on numerous television programs with the Trinity Broadcasting Network. She also served as a host on SFBC&TS’ television program, Illuminations in the Word. Mary has chaired major fund-raising events that honored such guests as Governor Jeb Bush; Lieutenant Governor Frank Brogan; Commissioner Mary McCarty; Senator John Ostalkiewicz; Senator Daniel Webster; and other dignitaries.

During her tenure, Mary has implemented a number of significant programs and activities. Among her efforts, Mary developed the SFBC&TS Admissions Office; established the college’s thesis guidelines documentation; chaired the Assessment Committee; developed new catalogs; and worked to obtain SFBC&TS’ recognition authorizations and approvals from the Association for Biblical Higher Education (ABHE), American Psychological Association (APA); the Association of Christian Schools International (ACSI); The State of Florida’s Commission for Independent Education (CIE); the American Federation of Colleges and Seminaries (AFCS); and the Veterans Association (VA).

In 2016, the Board of Directors appointed the second President of the Institution, Dr. Mary Drabik. Dr. Drabik brought with her the experience of running all aspects of an Institution of Higher Learning. In 2017, under her direction, the college moved to a 50,000 square foot facility to provide for the continual growth and thriving student body. In 2019, under her leadership, the Institution raised the funds to purchase the facility for 7.6 million dollars.

Mary and her husband also currently serve as charter members of the SFBC&TS Light Bearers Alumni Association, which Mary founded. Mary holds B.A., and M.A degrees, and a M.B.A. degree, which was awarded by Whitefield Theological Seminary in 2005. She has also received an Honorary Doctorate of Christian Education from The Cohen University in May 2008. Mary and her husband are members of Church of All Nations in Boca Raton, Florida. The Drabik’s have been married since 1983 and have two sons and three beautiful granddaughters.

She was the primary writer and leader during the accreditation process, an eight-year process, the move to the new location, and the development of online instruction and extension campuses.

Her credentials, both degree and experiential, are recognized by the Association for Biblical Higher Education as a basis for her serving as an evaluator of other Christian Universities.